Anton Shebetko is a Ukranian artist and photographer highlighted in the exhibition by showing for the first time in full "Common People", a series of distorted portraits of Ukrainian closeted gays..
Perhaps the situation in Ukraine is not as deplorable as in countries where homosexuality is criminally punishable. But, being in the "grey zone", gays deny the struggle, avoid Pride events, prefer "not to advertise" and sometimes even use openly homophobic rhetoric. The Ukrainian gay community consists mostly of closeted gays...
...The portrait is often perceived as one of the most honest genres of photography. It should reveal the personality and character of a human. The destruction of the portraits, hiding the faces of the heroes, is a symbolic act. - Anton Shebetko, 2018

Anton Shebetko is based in Amsterdam, where he works with LGBTQ-related topics. His project "Pleshka" about the old meeting places of the Kyiv gay community was shown at the Festival of Young Ukrainian Artists at the Mystetskyi Arsenal in 2017. His latest project “We Were Here” was made as a result of an art residency organized by KyivPride and Izolyatsia Foundation in Kyiv. His series of staged portraits of LGBTQ soldiers and volunteers who took part in the war in eastern Ukraine, became part of the 2018 KyivPride media campaign.

Oscar Figueroa:  Slides
This body of work sketches around the idea of movement and what its potential could look like. Symbols of continuous movement are fragmented, or paused, suspended, frozen, cut off, isolated, and blinded. Fragmenting images of movement is a peculiar idea to me; it almost seems surreal to understand something moving and not moving at the same time, and in a way this series seems to visualize philosophical ideas about how movement could be understood.

The idea of movement presented as the slide is an especially interesting motif for me. The entire ‘journey’ of movement is literally presented at the line that constructs the slide itself—from the top of the slide that continues to the bottom, the decline presents the immediate direction where an object would travel. To me, this is a hauntingly beautiful image—forever able to predict the direction of movement, and ever-present as a gesture, a static ‘ghost-movement’. - Oscar Figueroa, 2018

Oscar Figueroa (b. 1990) has been exhibiting with Robert Kananaj Gallery since his graduation from OCADU in 2013. Oscar currently lives and works in Toronto.

Kee Ip:  Nine Squares and Zeta 2 projection
Note:    1.    A perfect squared rectangle of order n is a rectangle that can be tiled into exactly n squares, all of different sizes.  It is said to be simple if it does not contain a smaller squared rectangle.
2.    The Riemann zeta function evaluated at 2 is the infinite sum given by:

Having been trained as a mathematician, I cannot help thinking about mathematics when I embark on the creative process.  For me, art lies in the same domain as abstract mathematics and finds its expression through order and geometry.  My recent projects 9 Squares and Zeta 2 both started with simple mathematical phenomena.  In my 9 Squares paintings, the geometric order of the simple perfect squared rectangle of order 9 is accentuated by colour/non-colour fields.  And in my Zeta 2 projection, the digits of π are translated into a sequence of seemingly random colours.  Not everyone wishes to understand the mathematical ideas behind these projects.  It is my hope that at least the aesthetics of mathematics are perchance perceived. - Kee Ip, 2018

Bruce Eves:
“Work # 1000: Some Things Hidden (Fig Leaves)” Bruce Eves, recipient of the 2018 Governor-General’s Award for Outstanding Achievement in the Visual and Media Arts, presents a newly completed work as part of the 7th Anniversary Exhibit at the Robert Kananaj Gallery.

“Work # 1000: Some Things Hidden (Fig Leaves)” (2018) is, at first glance, light and summery. Life-sized fig leaves are strewn over an eight-foot expanse, simultaneously evoking very late Matisse and very early Warhol (before becoming “Andy”). Closer scrutiny, however, uncovers something far more subversive – the fig leaf, of course, was the go-to trope for every censoring erotophobe, and whispered across the central panel is “Forty-Eight Naked Men and Boys”. This strategy – whether used for ironic, disruptive, or illustrative reasons – is a device Eves has used regularly. The most high-profile example of this is his 2010 “Work # 808: Leviticus (Updated)” that recently commanded pride of place at the National Gallery of Canada.

Mounted flush to the white gallery wall, the three laser prints on vinyl mounted on 1/8” PVC, “Work # 1000: Some Things Hidden (Fig Leaves)” challenges the long-standing notion of the frame of reference.

To paraphrase Stephen Sondheim, this is a work that is witty, and pretty, and (darkly, insinuatingly, dangerously, hilariously) queer.

The artist is using the gallery as a studio, a place where will be conceived and produced artwork to conclude in a solo exhibition. This area, first starting as a functioning studio, will continue to exist in the new context of the next show.

This residency is to collaborate with a practice that roots its potential in the nature of the individual, one who has been exposed to and active in a way of living and thinking, acting and reflecting, understanding and participating. The potential of the residency is eclectic. The inner nature is embraced, focused with the comfort zone facing the  uncomfortable, in artistic practice as in life. The mediums involved are painting, drawing, sculpture, installation, mixed media, and martial arts. 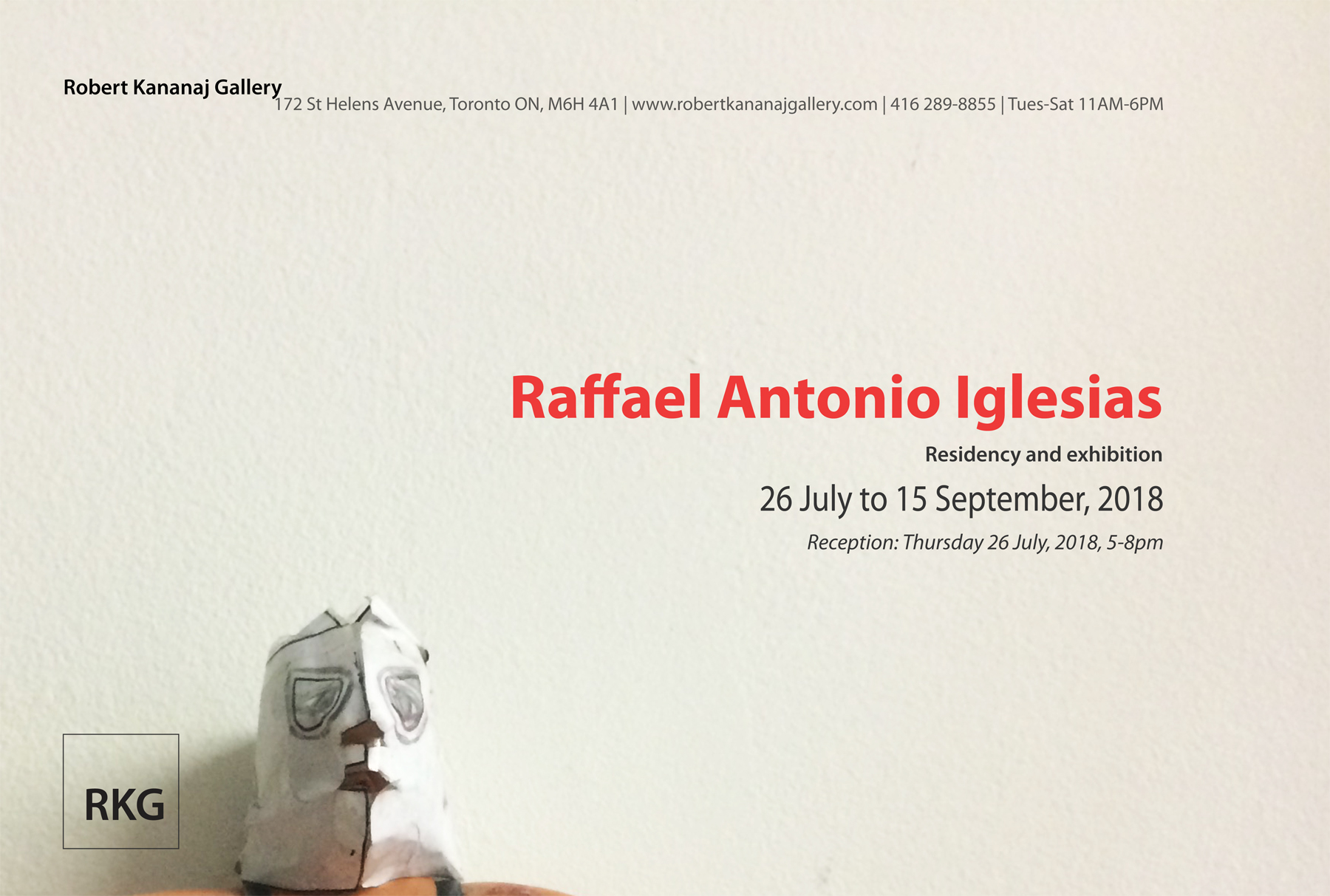