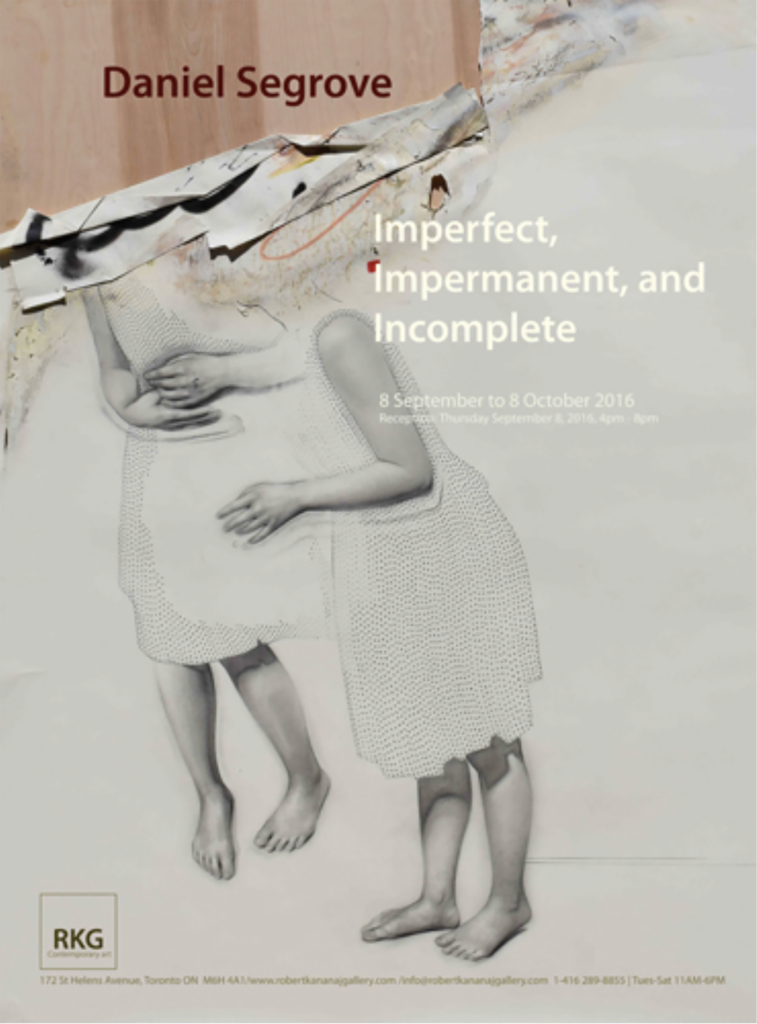 We at RKG are excited to welcome Daniel Segrove with the first solo exhibition of his drawings in Toronto.

This body of work by Segrove is diverse in subject, medium and content. Daniel’s explorations of traditional subjects such as portraits and the human form are unconventional. Daniel explores the use of paper in an active role, as a concept and a way of self- expression, rather than as simply a passive surface on which to draw. Experimentation and intuition create dynamic figurative works of art, juxtaposing traditional figurative realism with abstraction and minimalism, in visual and psychological contrast.
Segrove's work incorporates mixed media including charcoal, graphite, oil paint, acrylic, pastel and collage, and mixed visual disciplines.

Daniel Segrove is a recent graduate in multidisciplinary mixed media with a BFA from the Academy of Art University, San Francisco. Daniel currently lives and works in California, and has shown his work in the United States and internationally.