Working against the backdrop of a global art practice that is all too often a self-contained tautology, my body of work has often been described (and dismissed) as merely “political”.  But it is not political in the traditional sense.  As an amalgam of Aubrey Beardsley and Johnny Rotten, I have been influenced by the theoretical issues raised by performance and conceptual art positioning myself as an ironic spectator by cherry-picking at will from mutually exclusive sources - the morning headlines, the official record of 20th century art, the signs and signifiers of the gay male underground - allowing me to explore the spaces between these charged relationships.  While it is old news that the body continues to be a provocation, ironically, a critique of masculinity has gone largely unexplored. Herein lies the challenge.

The proposition explored in much of my work is that it should be possible to be simultaneously hot and sweaty and critical and detached.  It is desirable - even exhilarating - to question the givens of our cultural baggage while at the same time allowing ourselves to be wrapped in its brawny arms.  If there is any theme that unites my disparate body of work it is that it concentrates on the representative gestures of maleness, their signifiers, and their remains.

Even though it is virtually indefinable, this much I know for certain:  necks are meant for sticking out, envelopes are meant for pushing, art is not suitable for family viewing nor must it be emotionally uplifting, art must refuse to kowtow to the limitless demands for the familiar and the safe and the conventional and the decorative; art has nothing to do with social work or political stability or with the ending of negative stereotypes - these are the jobs for propagandists.

After fully moving over to the digital side in 2000, I have established a presence internationally through my participation in New Media events and festivals in Argentina, Brazil, Britain, Canada, Cuba, Germany, India, the Netherlands, Spain, Thailand, and Venezuela.  In 2001 I returned to Canada after living abroad for many years, and after a great deal of time and effort the last of the prison tattoos have finally been removed. 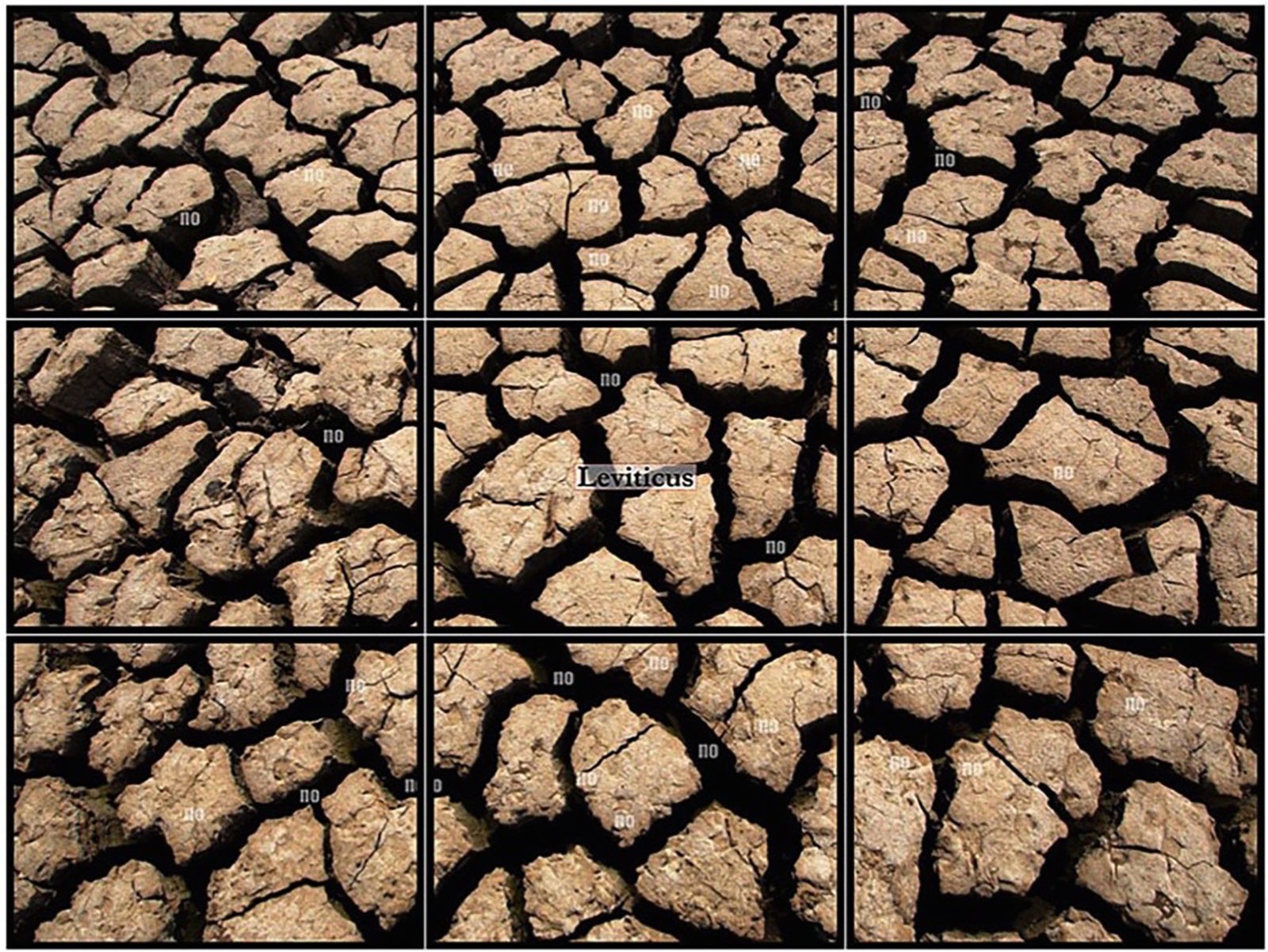 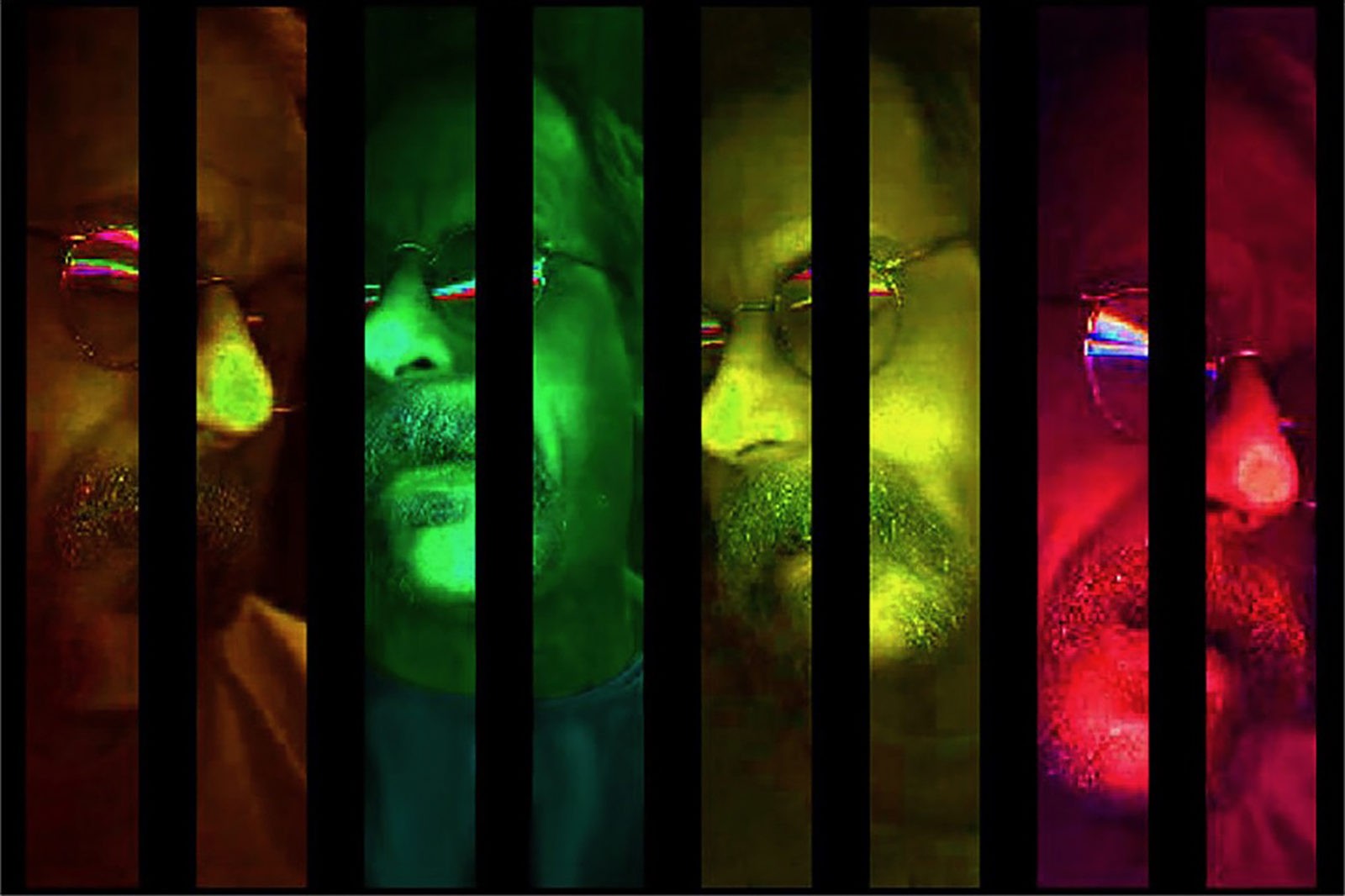 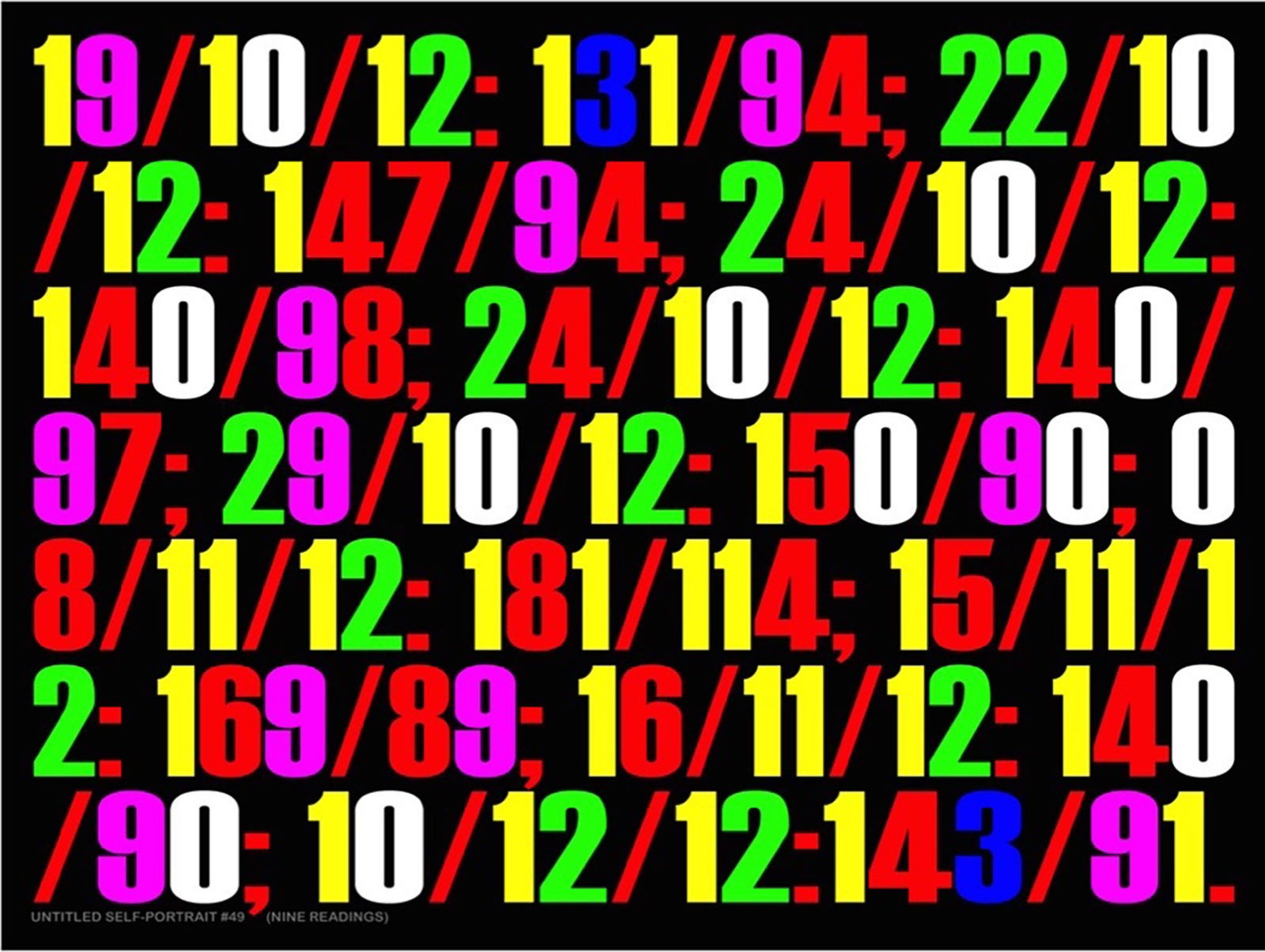 Work # 901: Seven Days in February (Monitoring My Heart Rate Hourly during Waking Hours for One Week) Old/Sick #02
Digital print on vinyl mounted on foamcore, 48 × 266 in, 2014
inquire about artwork 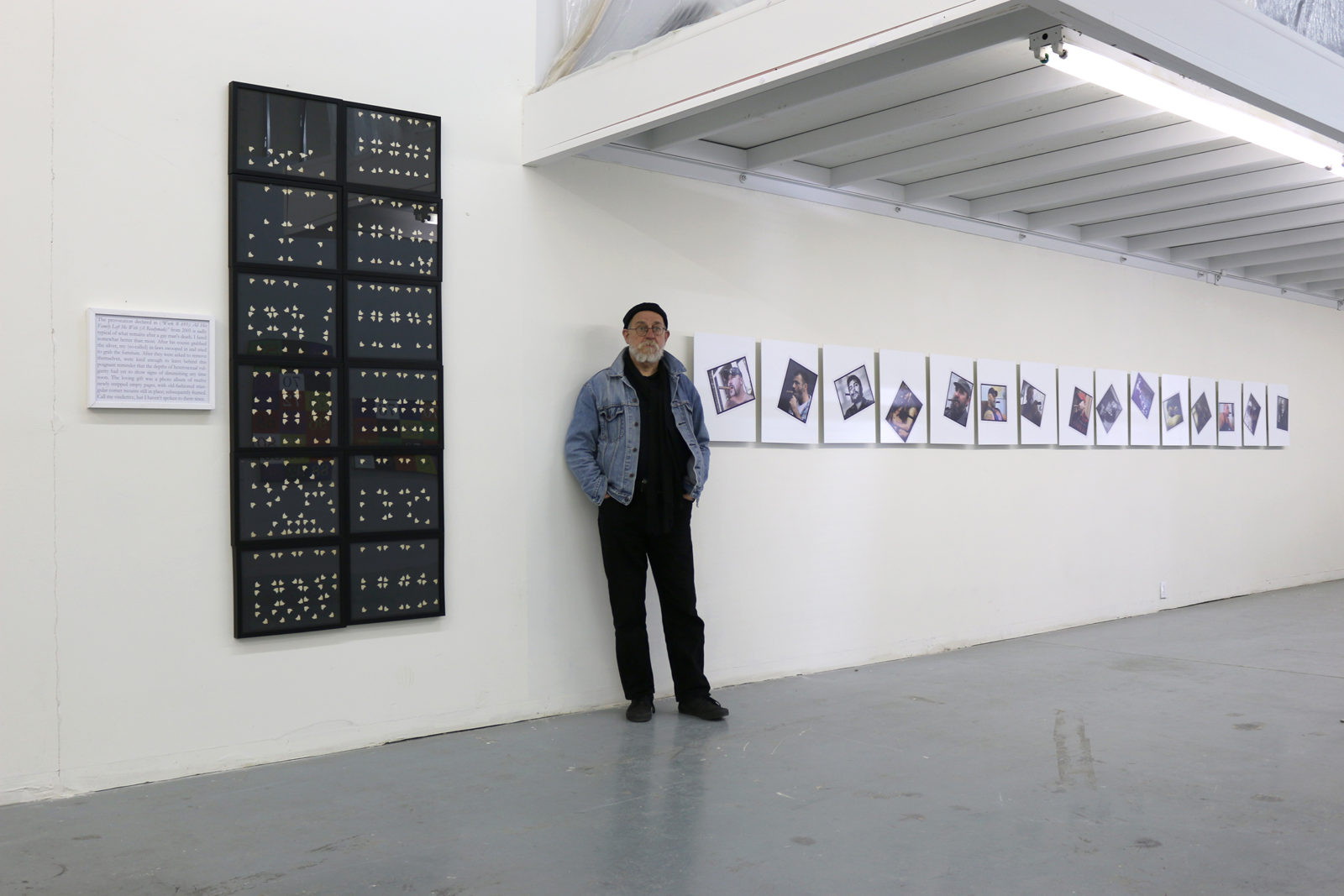 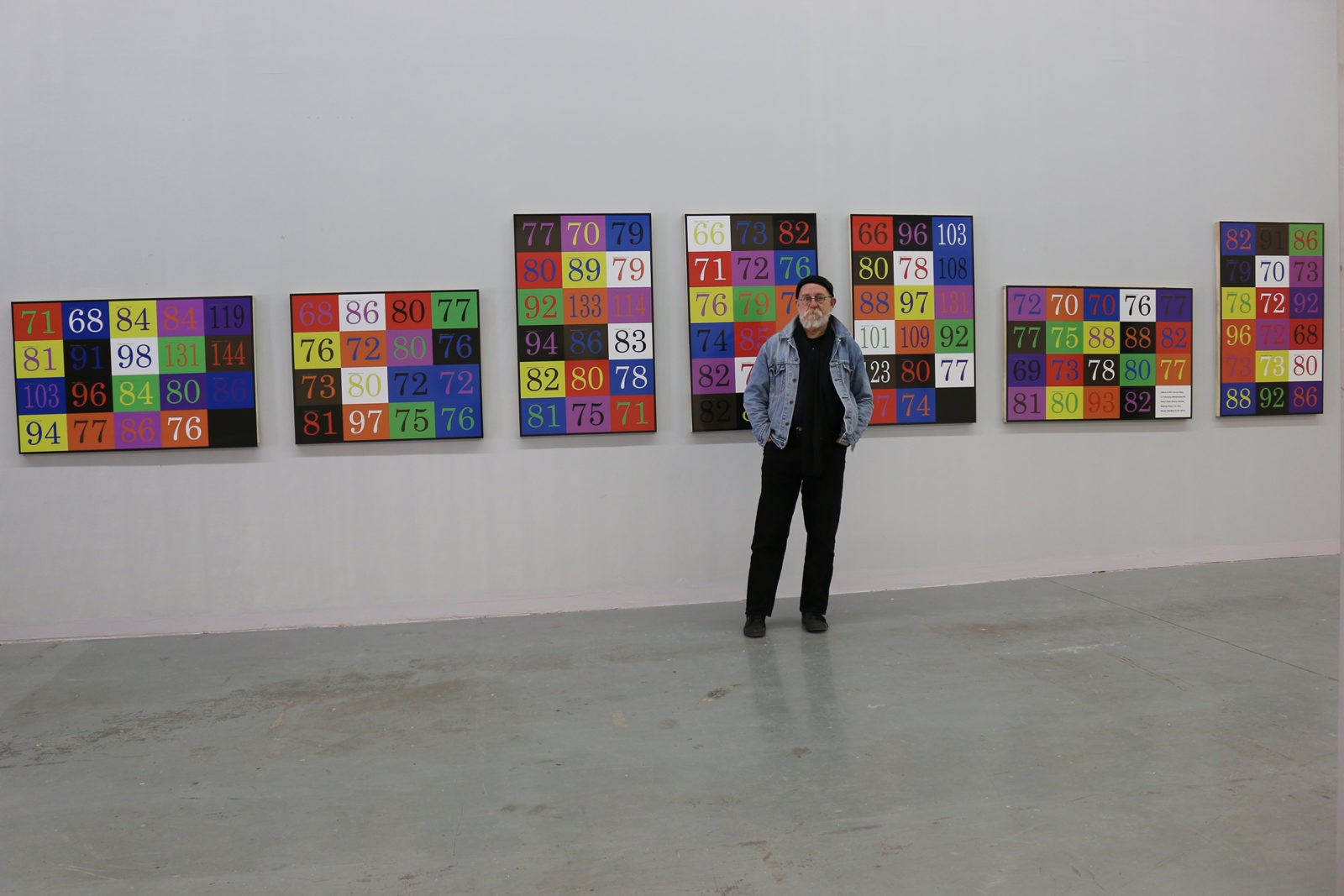 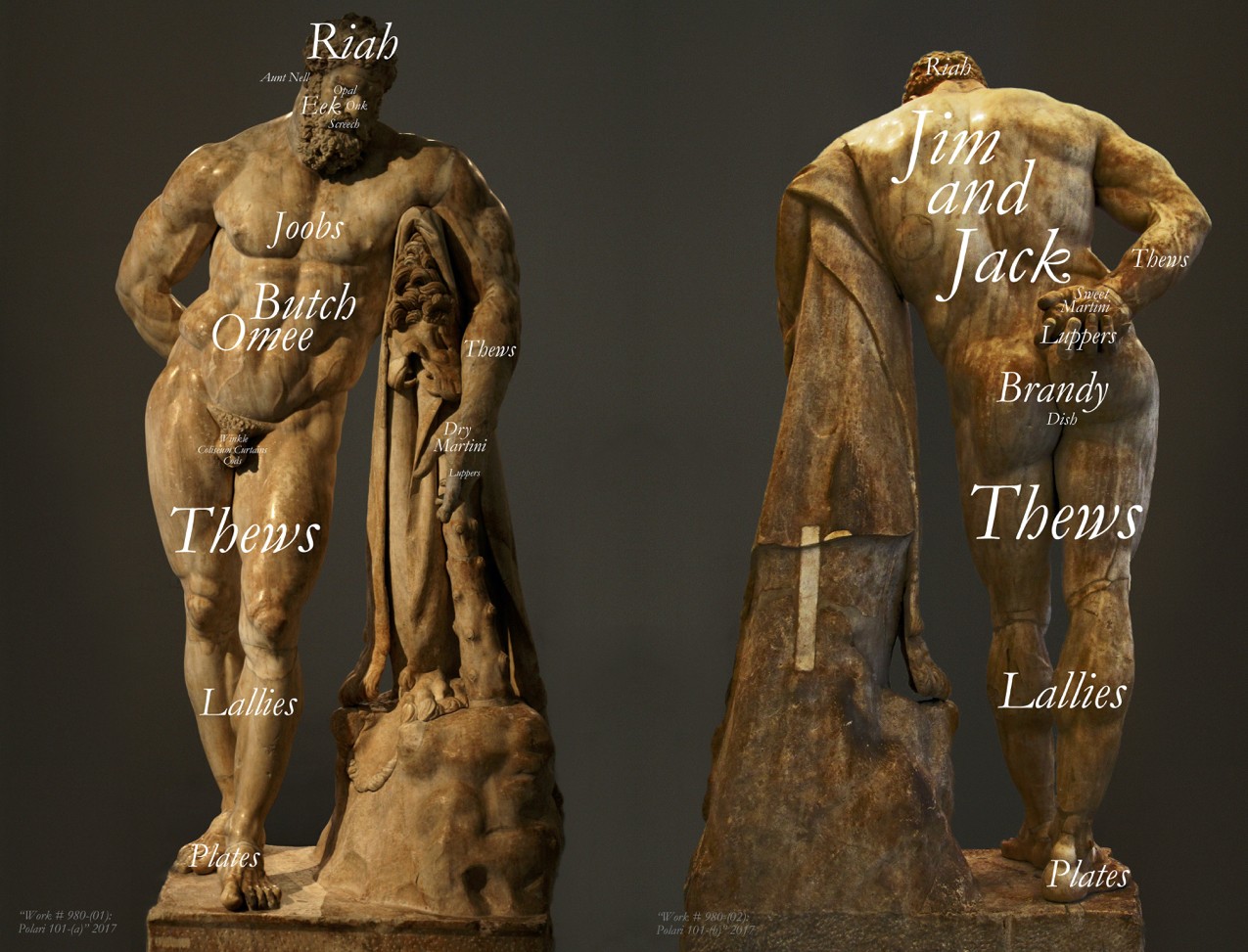